Conference on emptiness and fullness in the architectural composition

In the year of Expo, the second d’Annunzio e i Giardini di Peter Pan edition examines through exhibitions and artistic installations, a series of events, meetings and conferences along with the reintroduction of tastes and flavours, the profound link between the d’Annunzian esthetic and the East and explores the complex relations between the poet and food. The ‘Greed and abstinence: emptiness and fullness in the architectonic composition’ congress will be the opportunity to deepen the

complex intertwining between Western and Eastern architectonic culture which has influenced Europe from the early twentieth century, starting out from projects presented by important architectural firms who have realized projects and who are working in the Far East. Provocation is the philosophical theme of the emptiness/fullness contrast which has always distinguished the Eastern way of interpreting space, forcing the metaphor also in architecture designed for food, from canteens to hotel spaces and for restaurants.

The consumption and bulimia of the Western area against the moderation and thrift of the Eastern approach.

Umberto Baratto, President of the Order of Architects Landscape Planners and Conservationists of the    Province of Brescia

Whose are the empty houses? Eastern and western attitudes 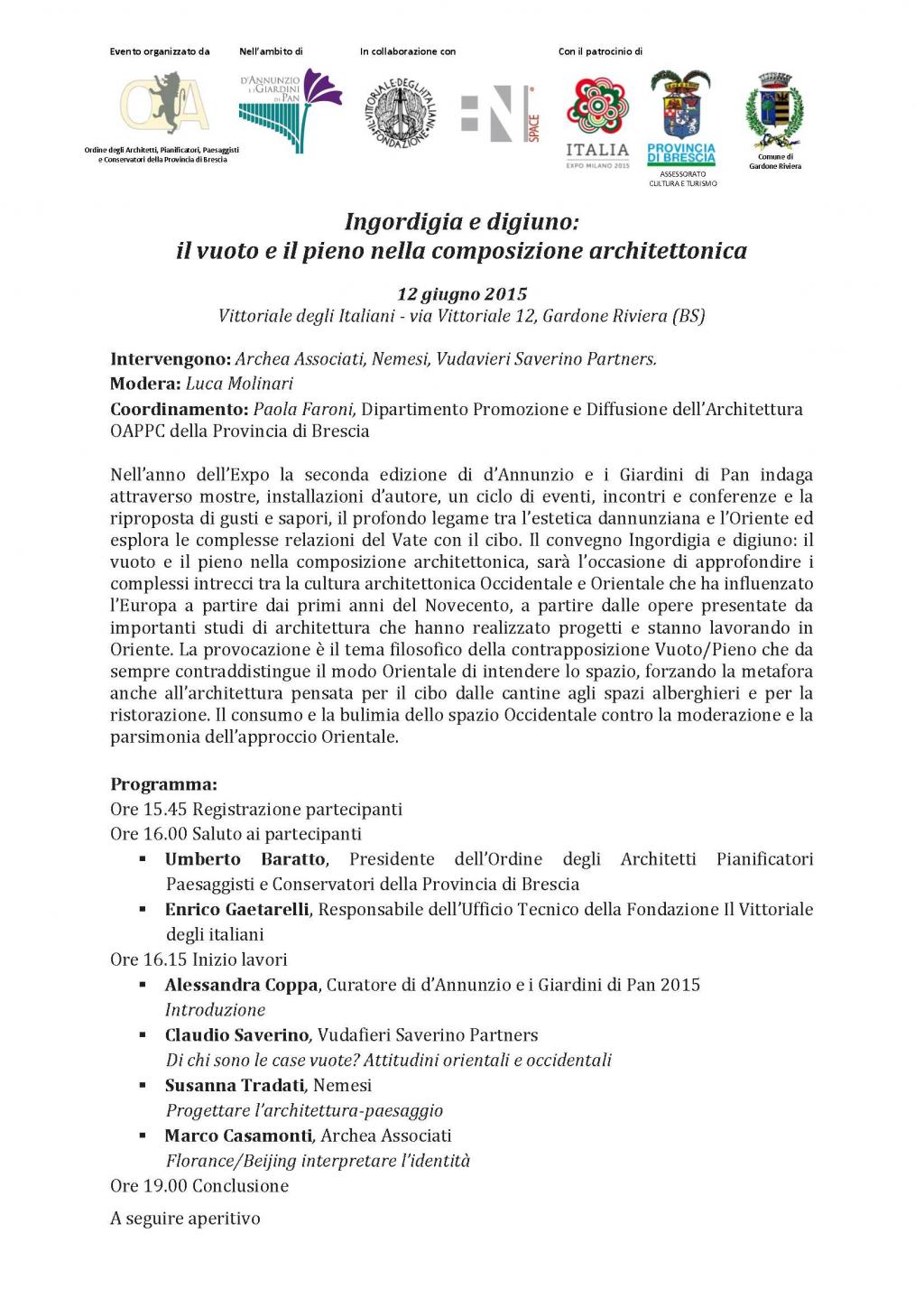