TIZIANO VUDAFIERI obtained his degree in Architecture in 1985 at the University of Venice, under the scholarship of Aldo Rossi, one of the world’s 20th century architectural masters. Immediately after university he moved to Milan, where he entered the Ettore Sottsass studio, Sottsass Associati. At that time design master Ettore Sottsass’ fame was at its peak and the Sottsass Associati studio was one of the hottest spots in furniture design, interior design and architecture worldwide. In the office of who is considered to be the most influential designer in the second half of the 20th century, Vudafieri started as assistant, ending his experience in 1989 as project leader.

During those 4 years, he had been collaborating or leading challenging and cutting-edge projects in Europe and the United States, from private houses to retail spaces. In this period, he started experiencing the design of fashion retail spaces, managing the designs of the Esprit (U.S.A. sportswear brand) stores in Switzerland, Germany and Denmark. During those years, his projects had been widely published in international design magazines. His name and his contribution to the Esprit store design is also included in “Esprit, the Corporate Image”, the milestone book on corporate store design printed in 1989.

In 1989, he joined designer Aldo Cibic (former partner at Sottsass Associati) at Cibic & Partners. From 1989 to 1994, he had been partner of Aldo Cibic in this office where, beyond architectural, private interior and hotel designs, he continued his experience in fashion store design. During those 5 years, he was responsible for the Pepe Jeans London headquarters and store concepts (U.S.A. and United Kingdom), and David People Stores (Turkey). In late 1994 he founded his own company, Studio Vudafieri, later to become Vudafieri Saverino Partners.

CLAUDIO SAVERINO graduated in 1984 in Visual Communications specializing in Photography, Graphic Design and Cinema. His knowledge of social psychology and visual communication strategies would have a great influence on his professional development, both as designer and architect. He worked as a scenographer for the cinema and television industries and in 1987 he established his Milanese Graphic Communication Agency where he began to realize important works in advertising and publishing-graphic design. He studied Architecture at the University of Milan (Politecnico di Milano), under the scholarship of Achille Castiglioni and at the University of La Cambre in Brussels, graduating in 1991 with a thesis on the architectonical design in the ancient city of Sousse in Tunisia. In 1992-93 he returned  to Tunisia on a mission for the University of Milan and the Tunisian Governorship to study the ancient cities of Takruna e Toser.

In 1992 he began his collaboration with Francesco Soro, an important Milanese designer and architect, winner of the international Compasso d’Oro design prize and co-worker of Achille Castiglioni and Vico Magistretti, two of the 20th century’s most influential international designers and architects.

During those six years of close collaboration with Studio Soro, Saverino developed prestigious product design projects (for ICF, Cassina, De Padova etc), retail design (via della Spiga and via Montenapoleone, Milano) and private residential and public architecture, such as the new Hotel Principe Leopoldo in Lugano - Switzerland, the Golf Club of Ibiza and the new Faculty of Chemical and Biology at the State University of Milan. From 2004 to 2006 he taught Retail Design at IED in Milan 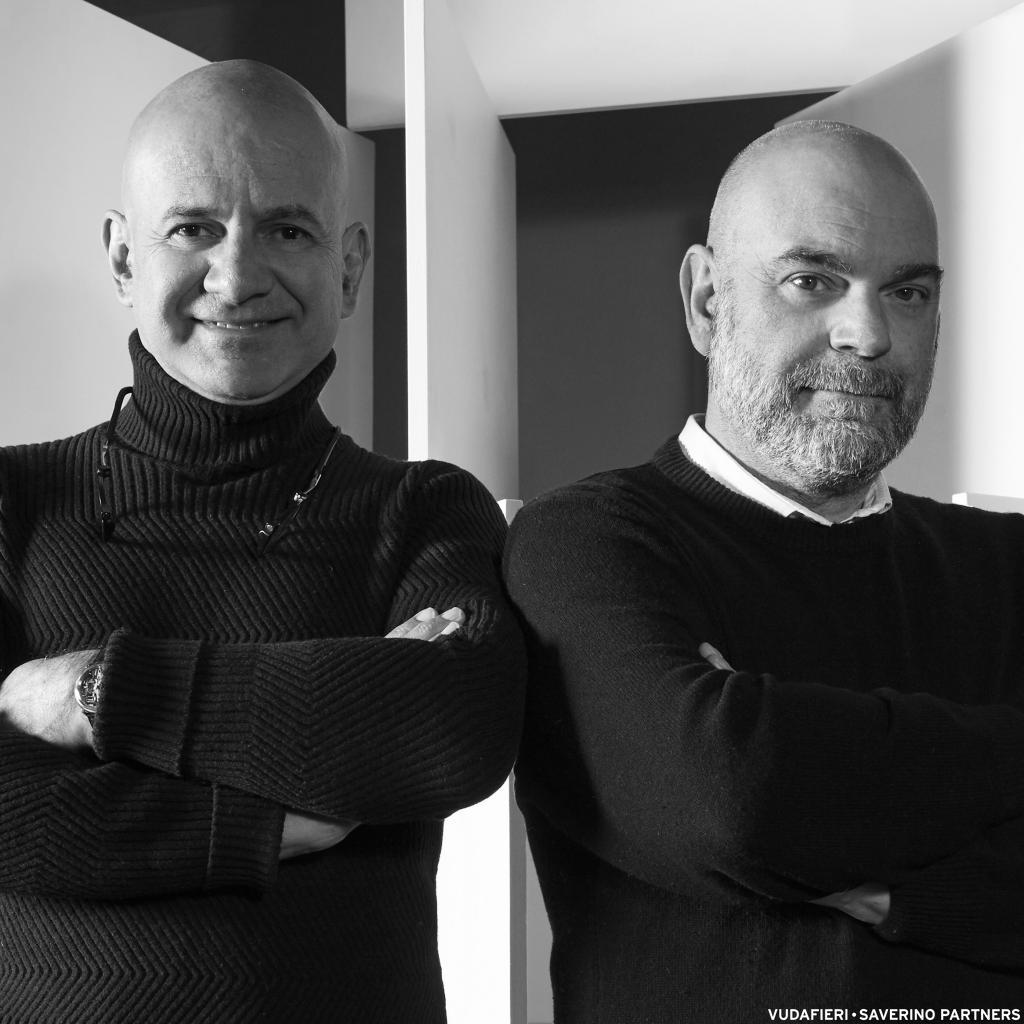