Valet is a city development strategy that puts streets in the centre.

It is a parklet system that generates fresh open-air spaces for shops and terraces for restaurants, transforming streets into livable spaces that are green and friendly. The key is the prefabricated system of modular plates.

The plates have been designed as motherboards on which to set the greenery and other elements that transform the street setting: shrubs and trees, awnings and sun-shades, furniture and lighting.

The aim is to achieve a complex, open streetscape where the elements dialogue with one another and the passers-by, on foot, by bike or by car.

The parklet is an example of tactical urbanism: an innovative way of doing urban planning, based on interventions that aspire to create new public spaces

The parklet is an extension of the pavement that offers more space and services for citizens using the street. They are extensions of the pedestrian area designed for people, offering somewhere to stop, sit and rest while various activities take place.

The first venue for an urban application of Valet is via Melzo in Milan. Located in the Porta Venezia district, this is an ideal example of the transformative power of applied design.

The intervention postulates the conversion of the entire road into an area with a 30 kph speed limit. The carriageway - which retains the one-way direction - is narrowed down by subtracting surface area from parked cars to allow the pavement to be widened on both sides, through the use of parklets, whose plates have been developed with the technical support of Italcementi. 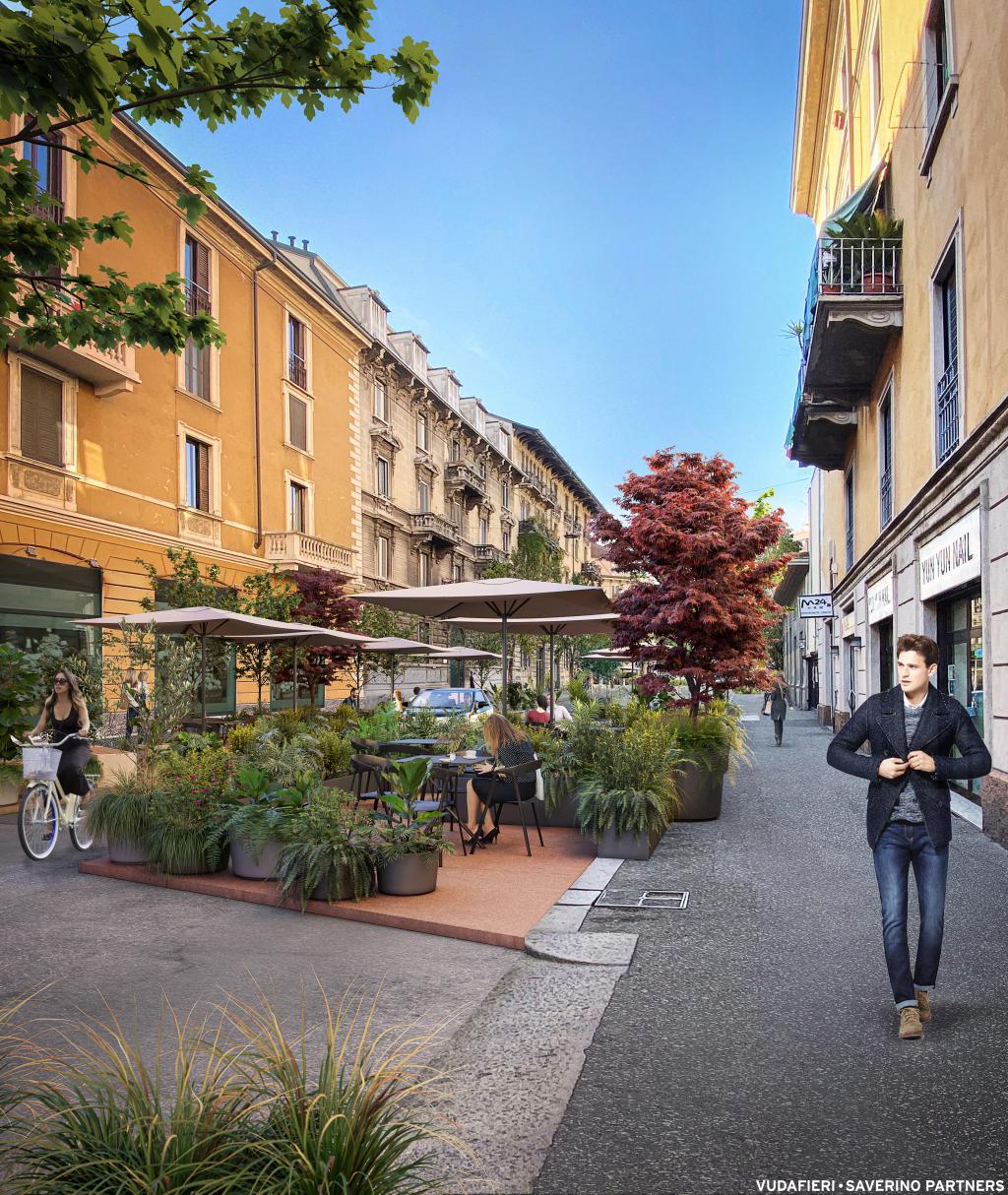 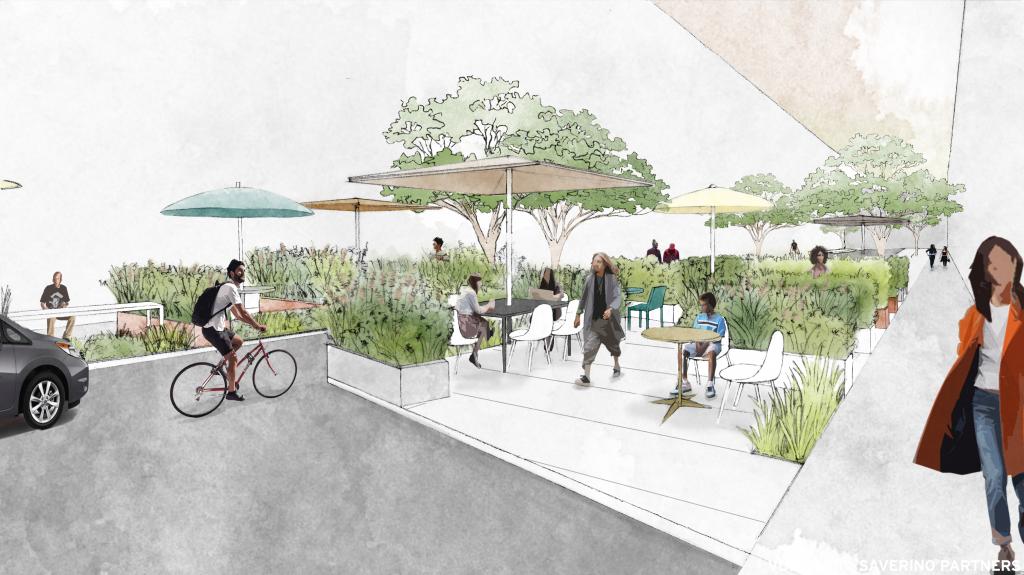 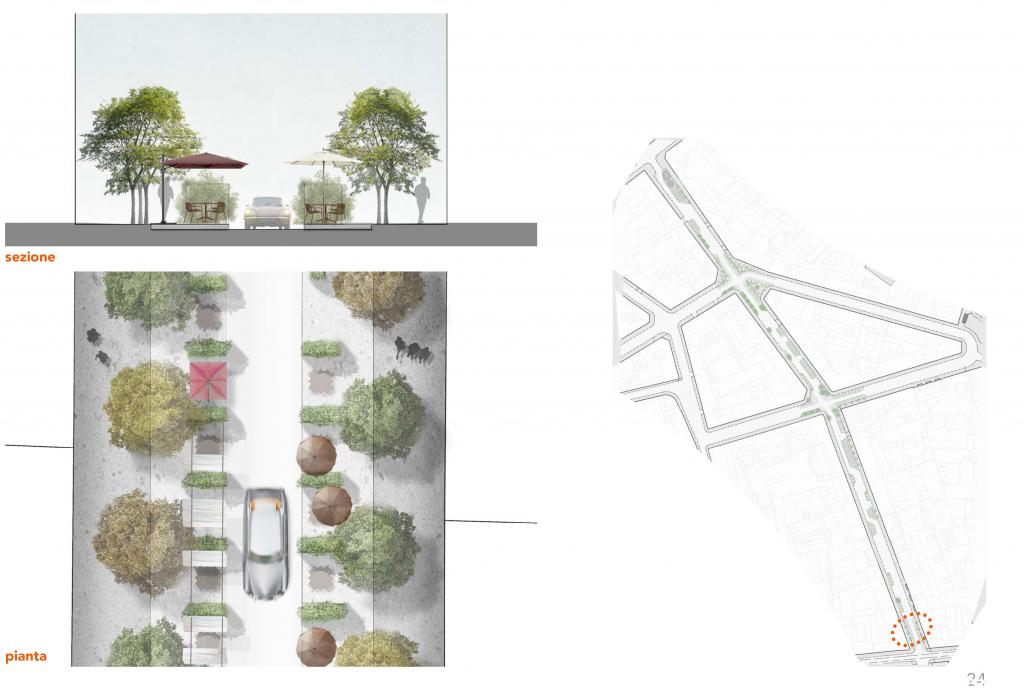 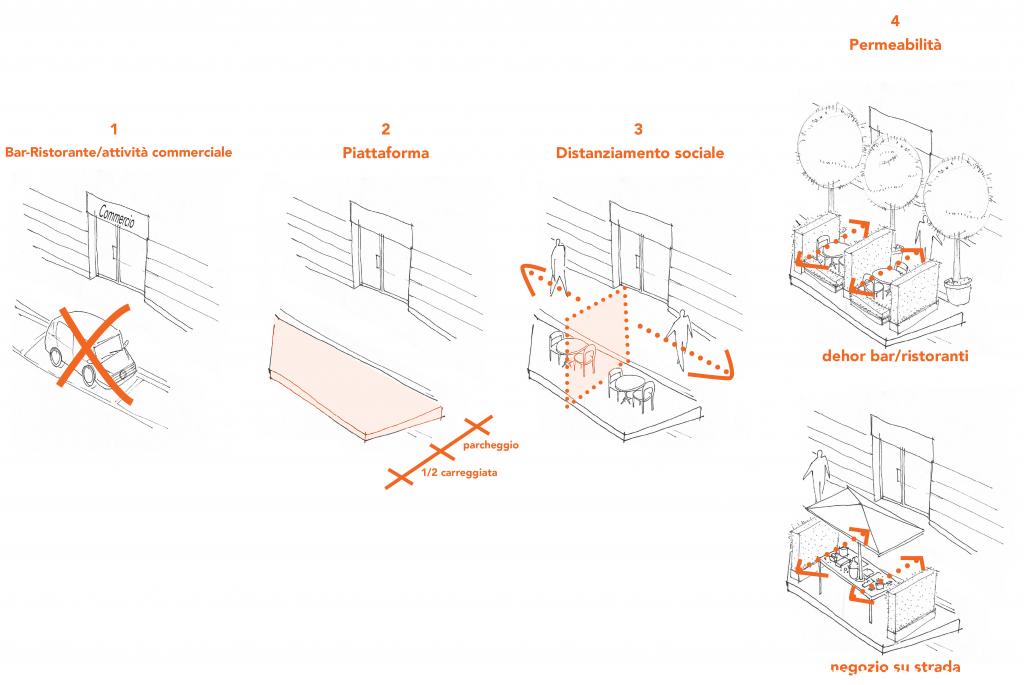 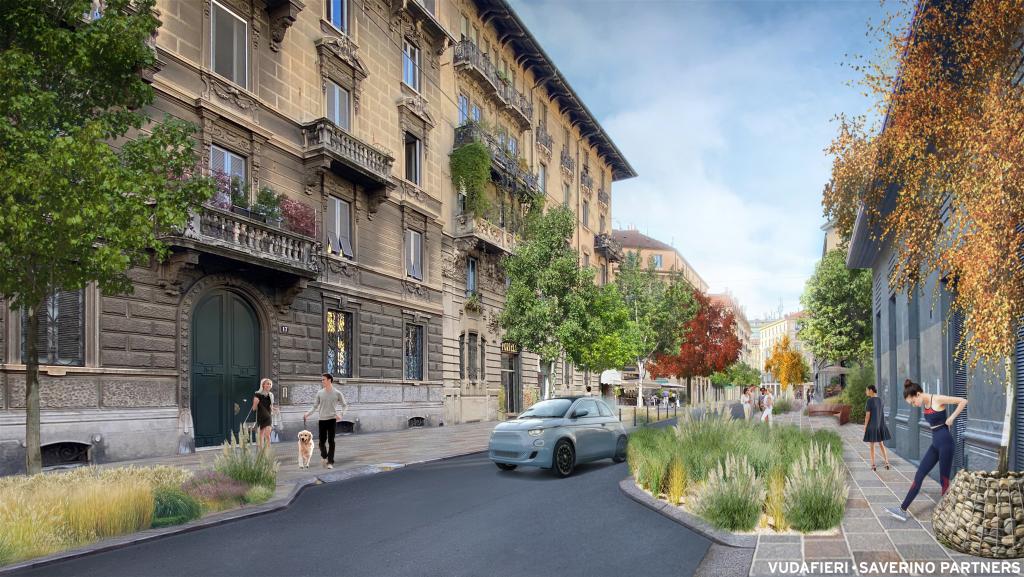 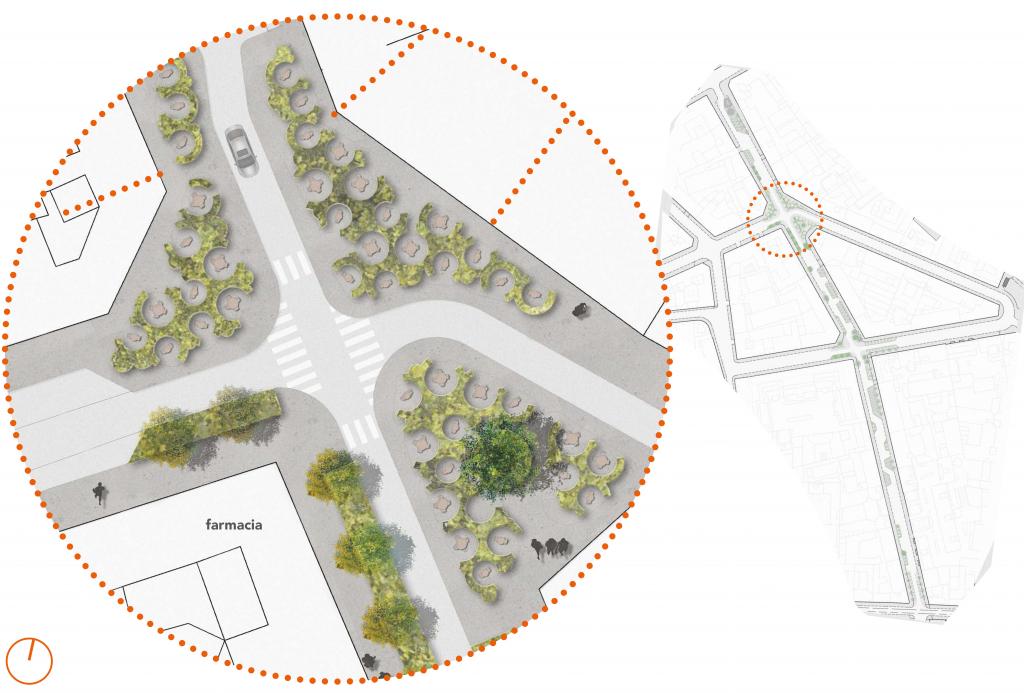 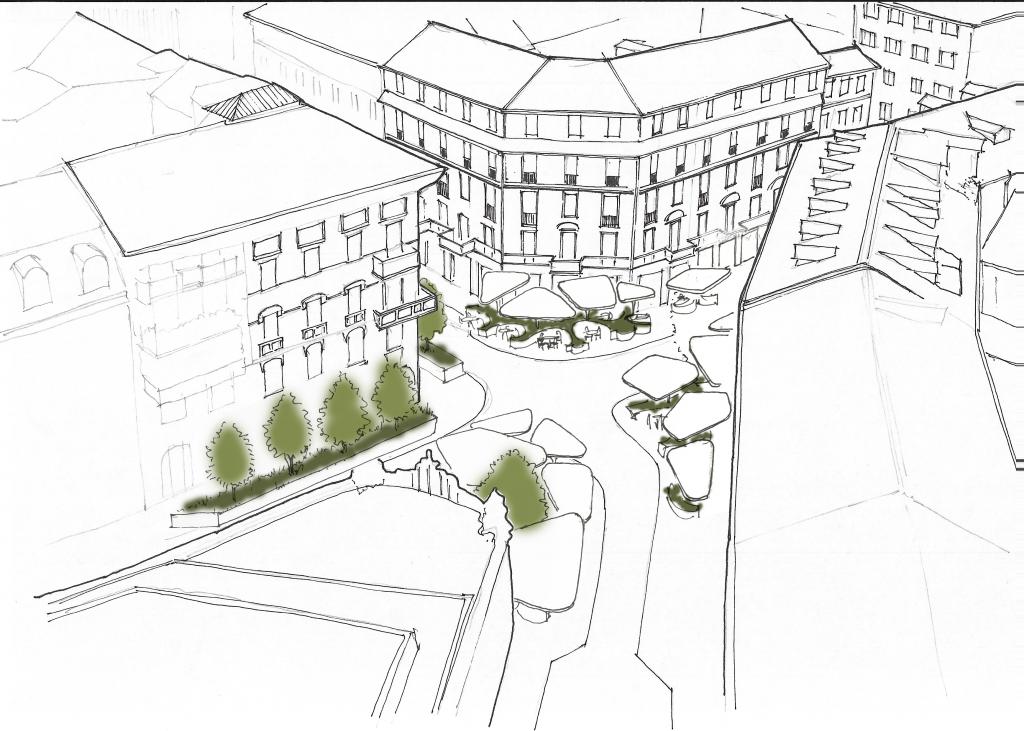 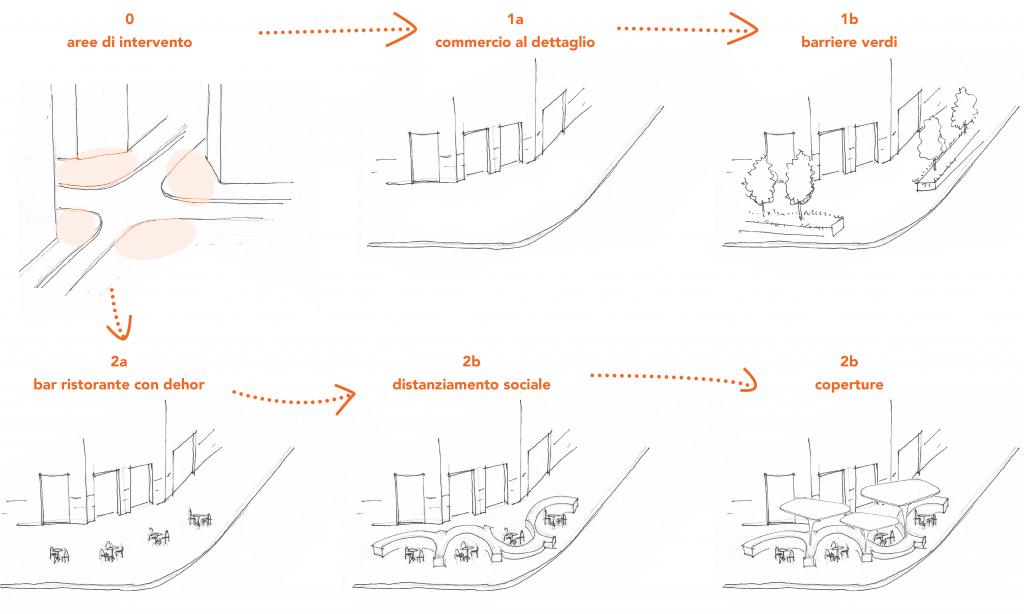 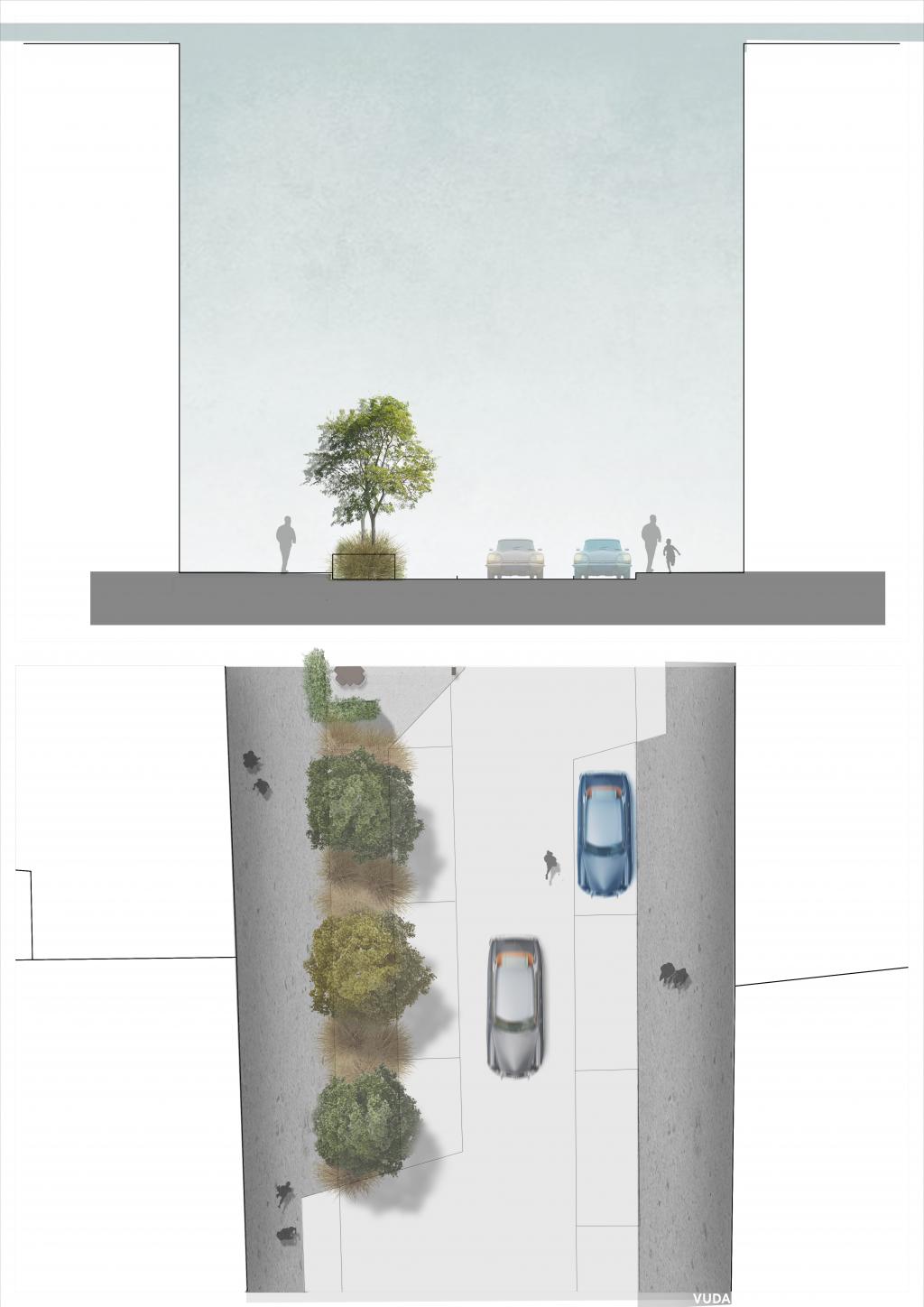 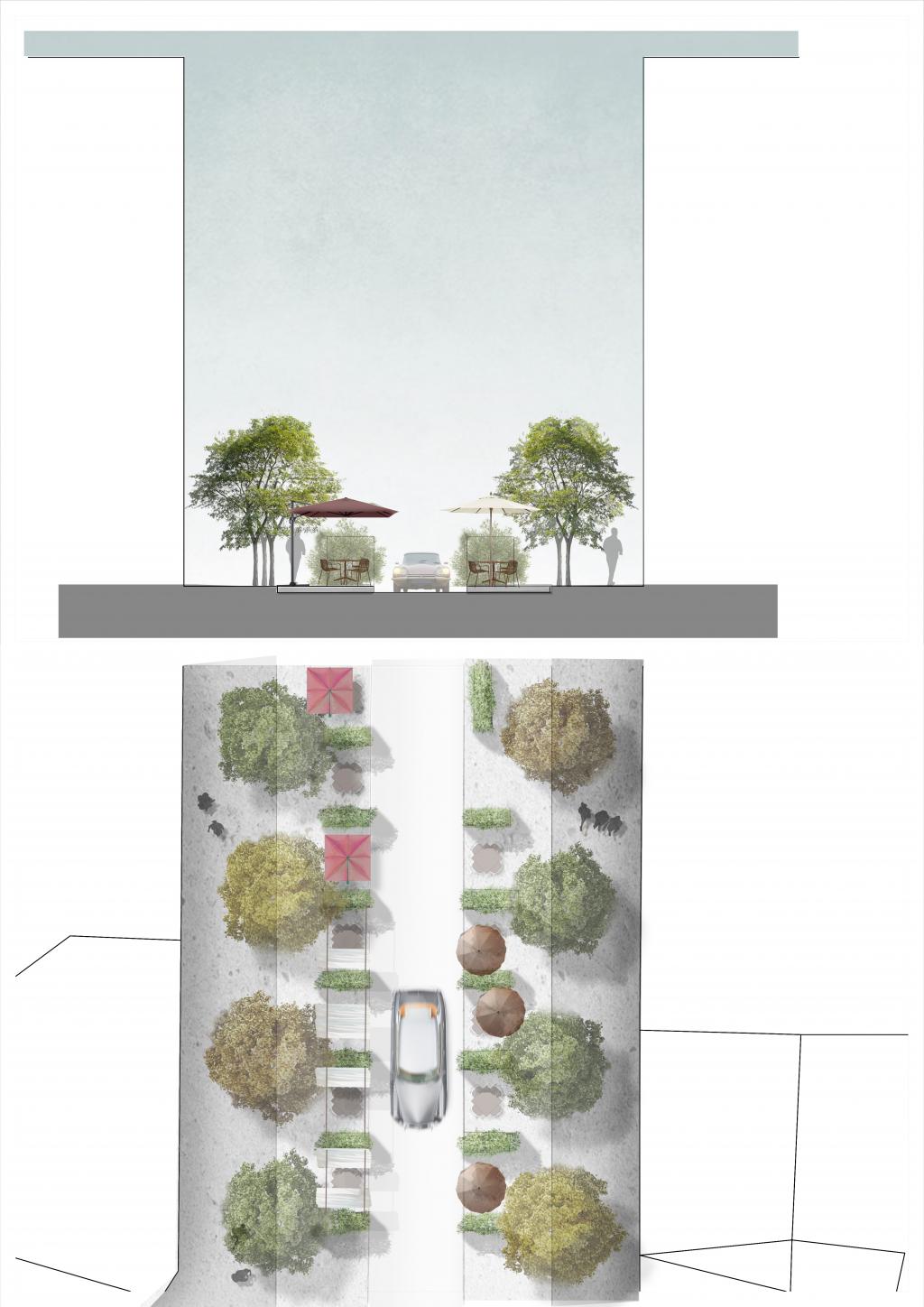 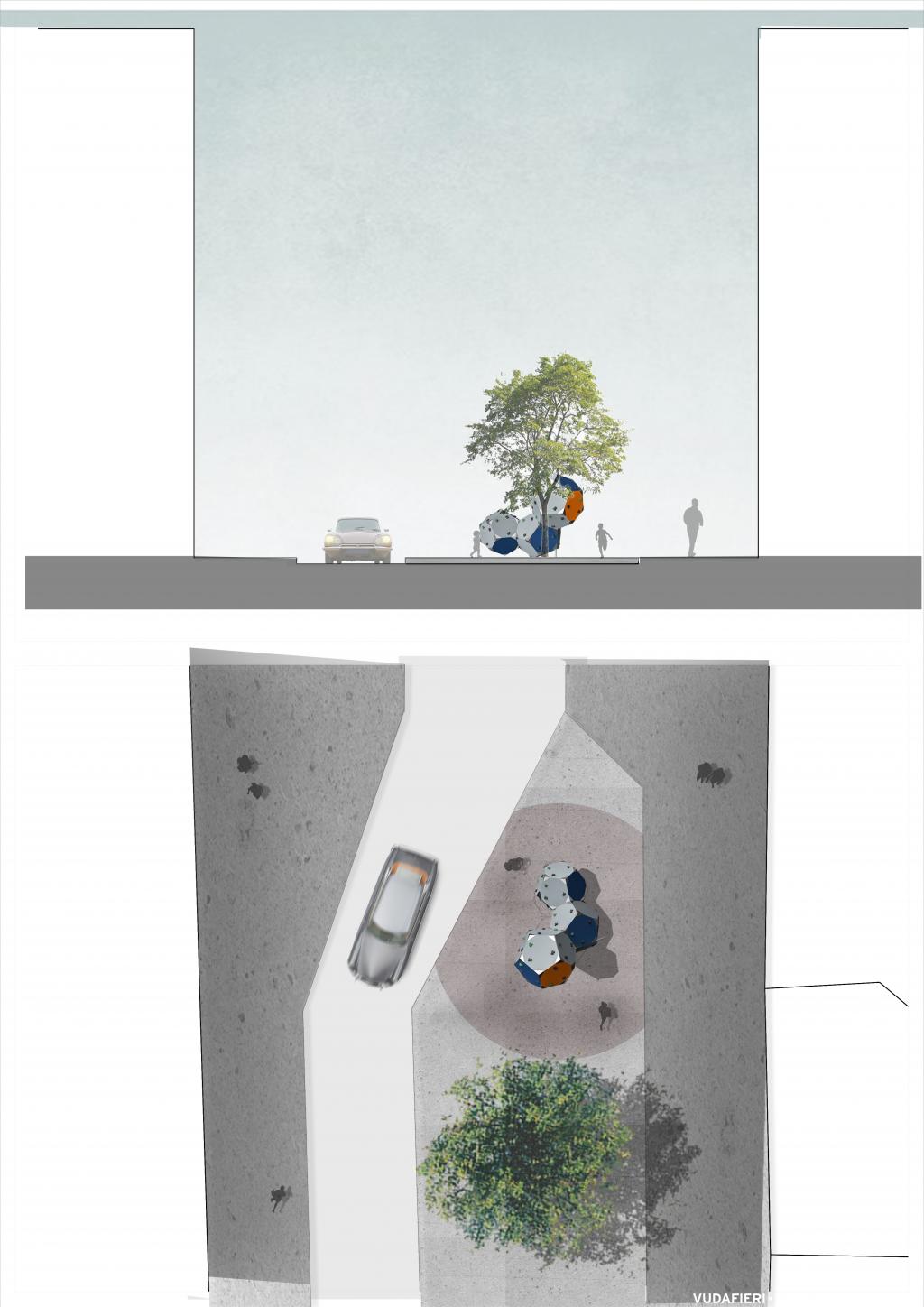