The new as "something else"

#ILoveMilano is a project signed by Platform Architecture and Design magazine that focuses the December issue to the them of hospitality.

Claudio Saverino has been invited, among other 9 leading figures on the Italian architectural scene who are based in Milano, to sum up his vision of the city through a photograph and a text.

The new "as something else" is the result of Saverino's reflection: a workshop of an intimate vision.

"A discussion with a Roman colleague. She accuses Milan of destroying its own past by pursuing modernity. I listen with amused interest.
Milan is obsessed with the New: its urban history and not only that, it shows as well. The quest for “contemporaneity” has always been through social status, advertising, fashion, design, food... The City has always undergone a slow but inexhaustible renewal. The New is an attitude, a propensity. Perhaps this is why Milan attracts many “non-Milanese by birth” who immediately become “adopted” Milanese.
This desire for the new extends to embrace new people who are welcomed and accepted with interest. And this is one of the aspects of my city that I love the most.
But a little nostalgia for the “old Milan”, well, sometimes I get that as well..." - Claudio Saverino 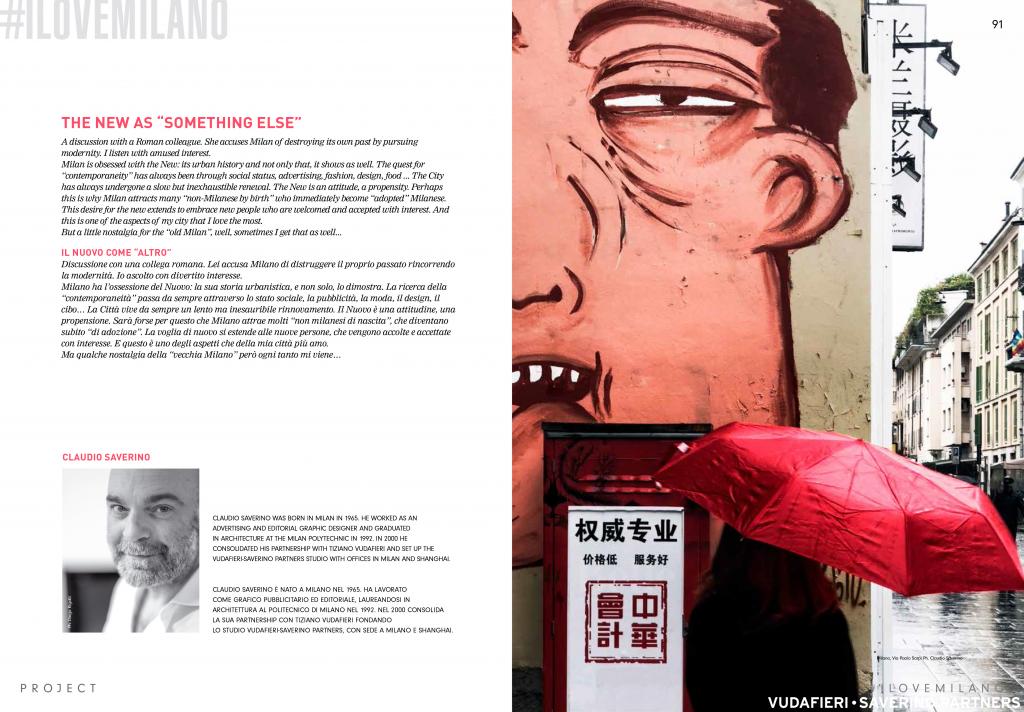