The studio has designed the first American boutique for Delvaux: 650sqm on Fifth Avenue in the historical Sherry-Netherland building, an architectural jewel of the 1930s.

The project combines Delvaux's ironic, eccentric interpretation of luxury with robust citations of Flemish design and decorative arts. It also pays tribute to the vibrant energy of Manhattan and its ability to reflect the eclectic, multi-cultural spirit that distinguishes the city. The boutique is located in the former premises of La Vieille Russie, a famous New York antiques gallery in a skyscraper that gives on to Central Park.

Developed on two levels, the renovated layout respects the genius loci of the building, with that awareness of the pre-existing. The original architectural space, a place steeped in art and design, has been preserved, as has the ancient balustrade of the internal staircase, adapting them to the concept of the Delvaux boutique.

The interior design takes its inspiration from a Belgian symbol, the living room of Palais Stoclet, with the idea of stressing the Maison’s belgitude. The New York boutique evokes its decorations and materials: Calacatta Vagli marble, small geometric upholstery, hints of ebony... Some of the distinctive elements of the Delvaux concept, such as the iconic curved boiserie, form part of this context. 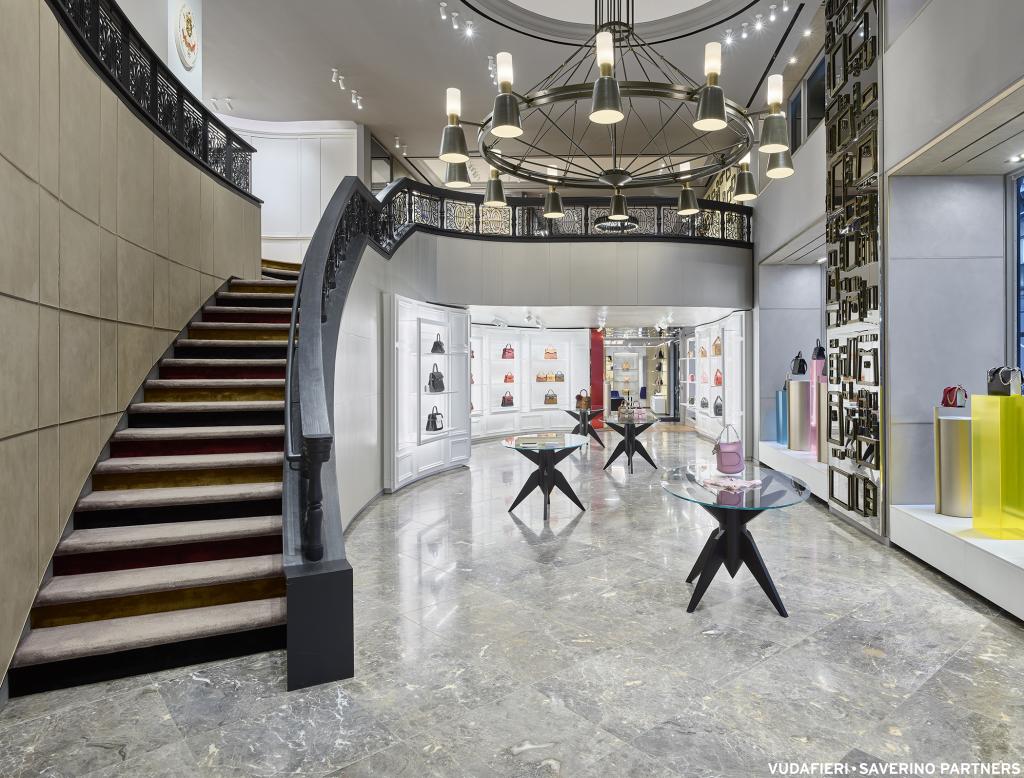 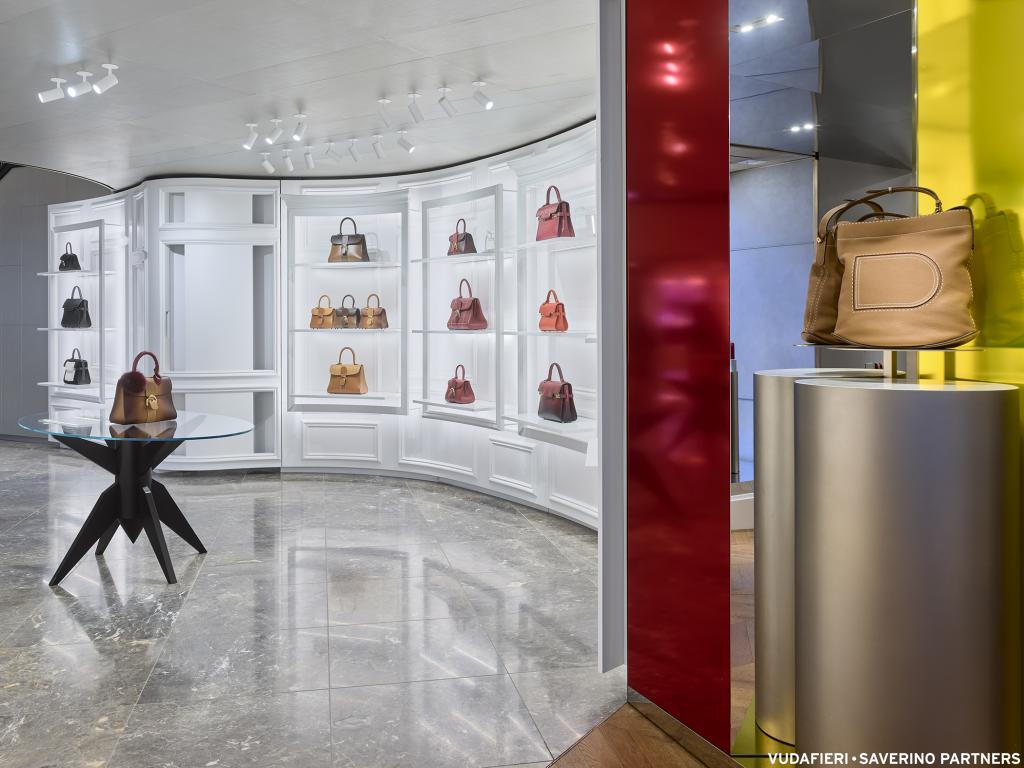 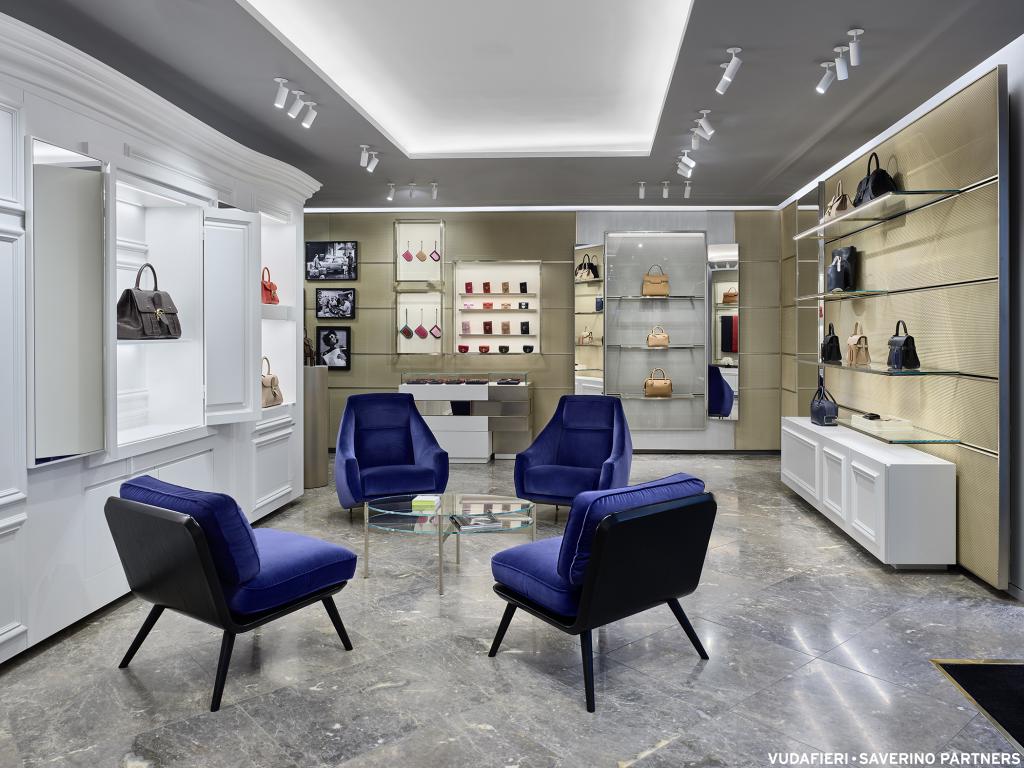 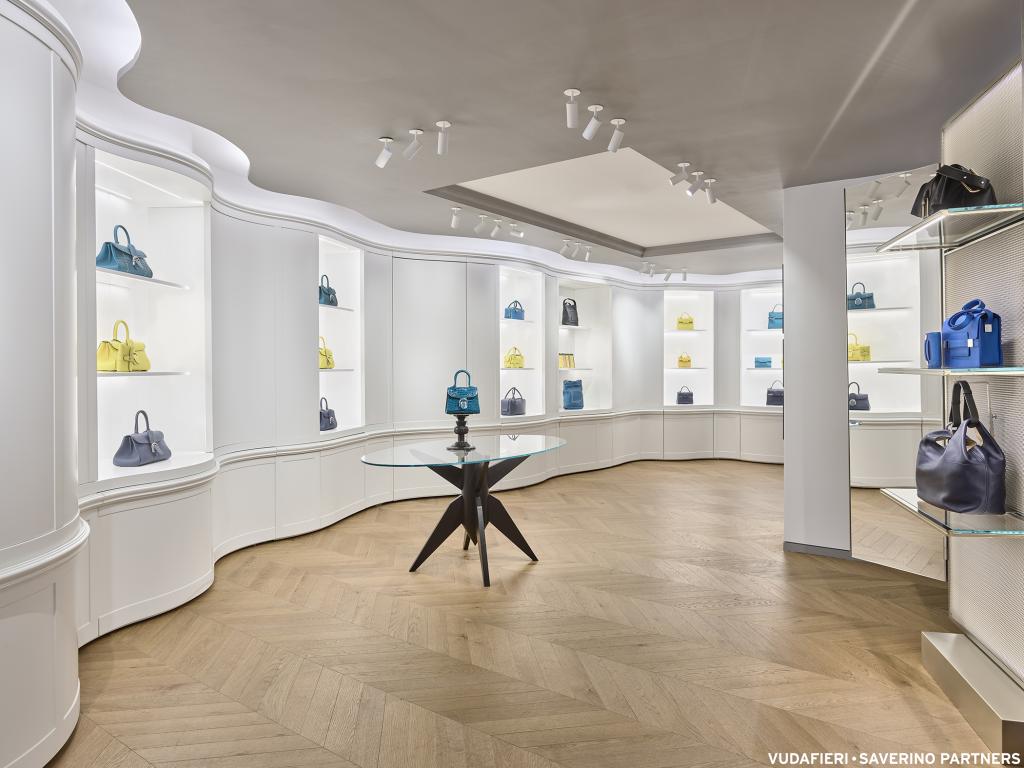 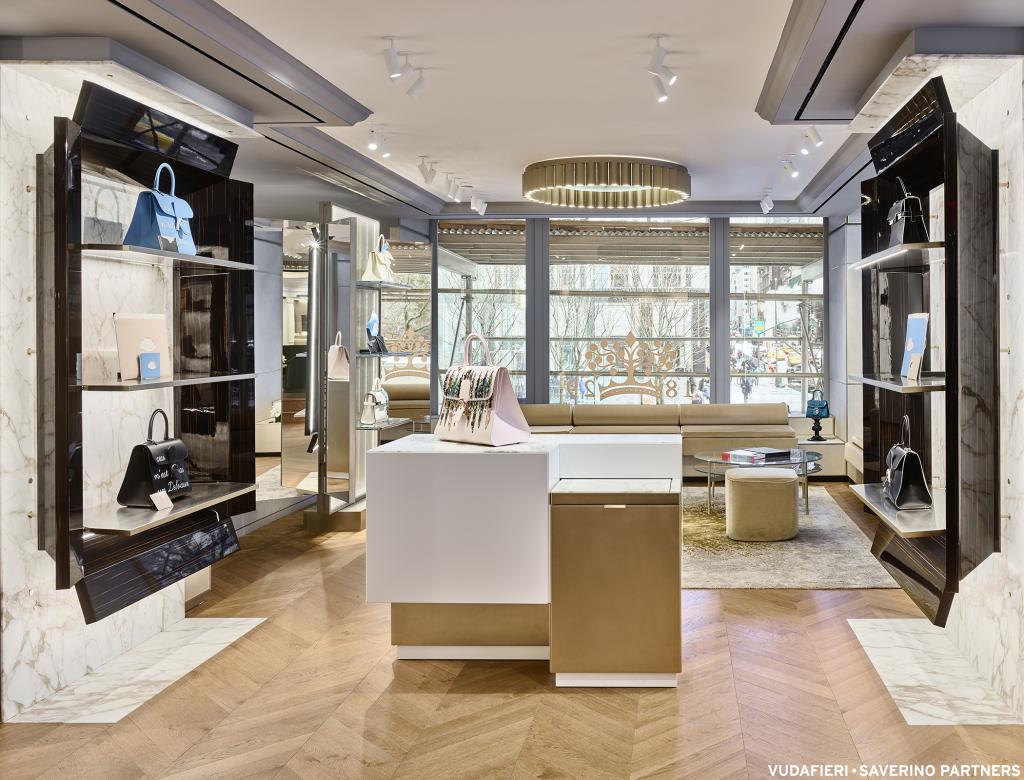 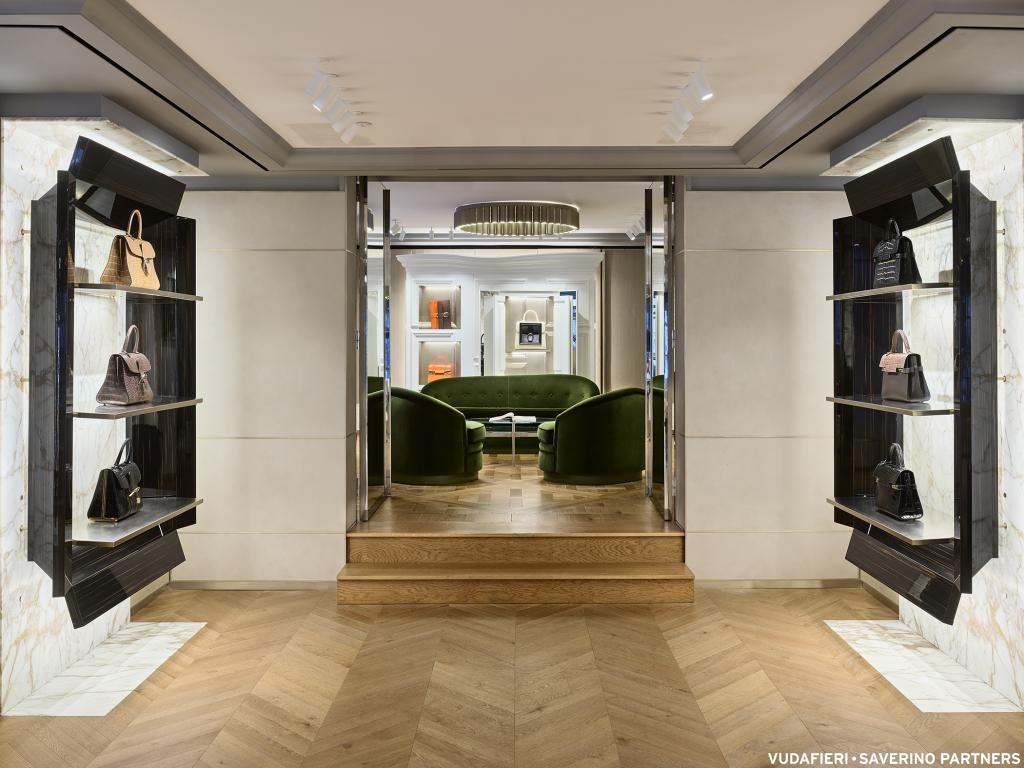 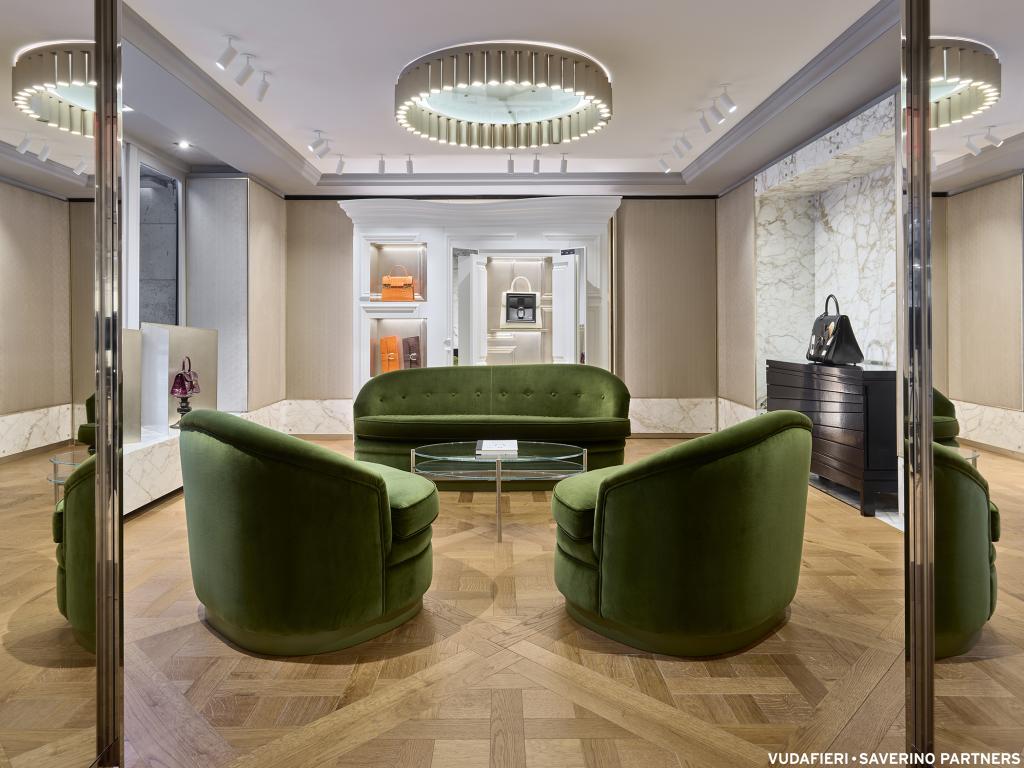 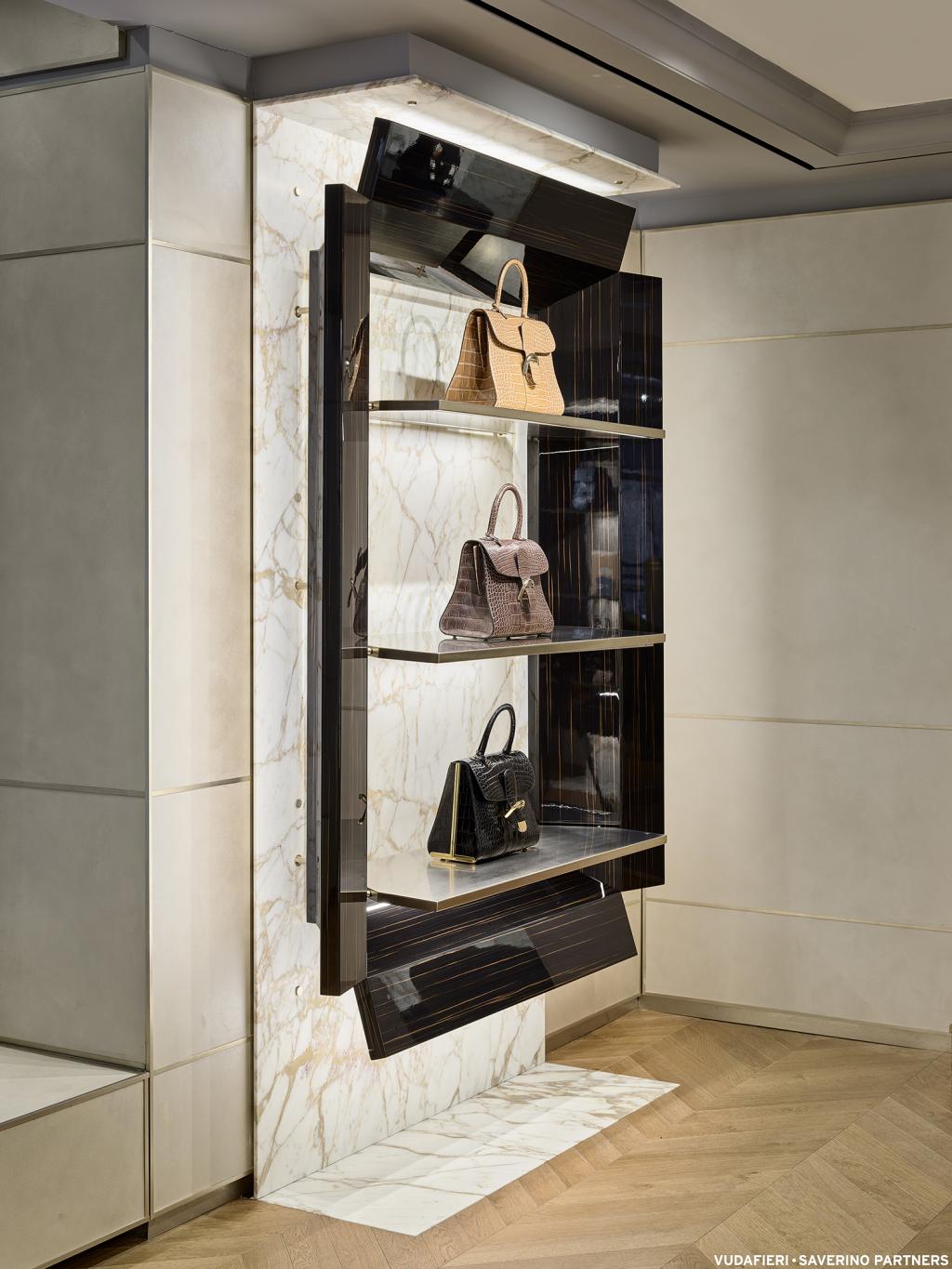 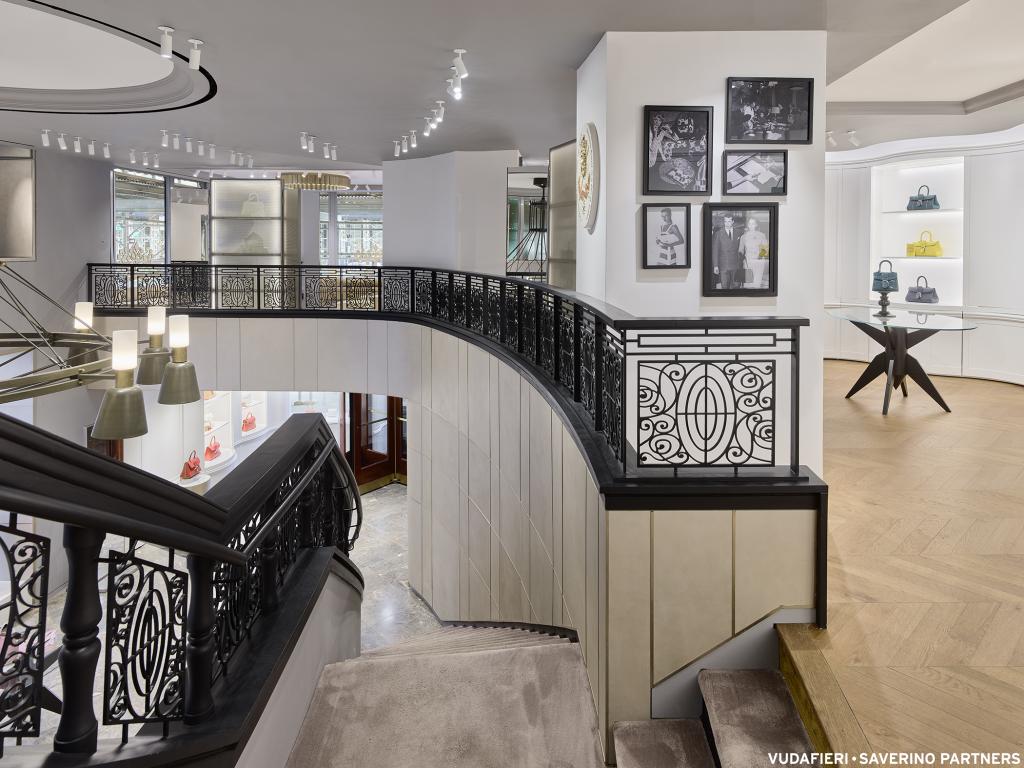 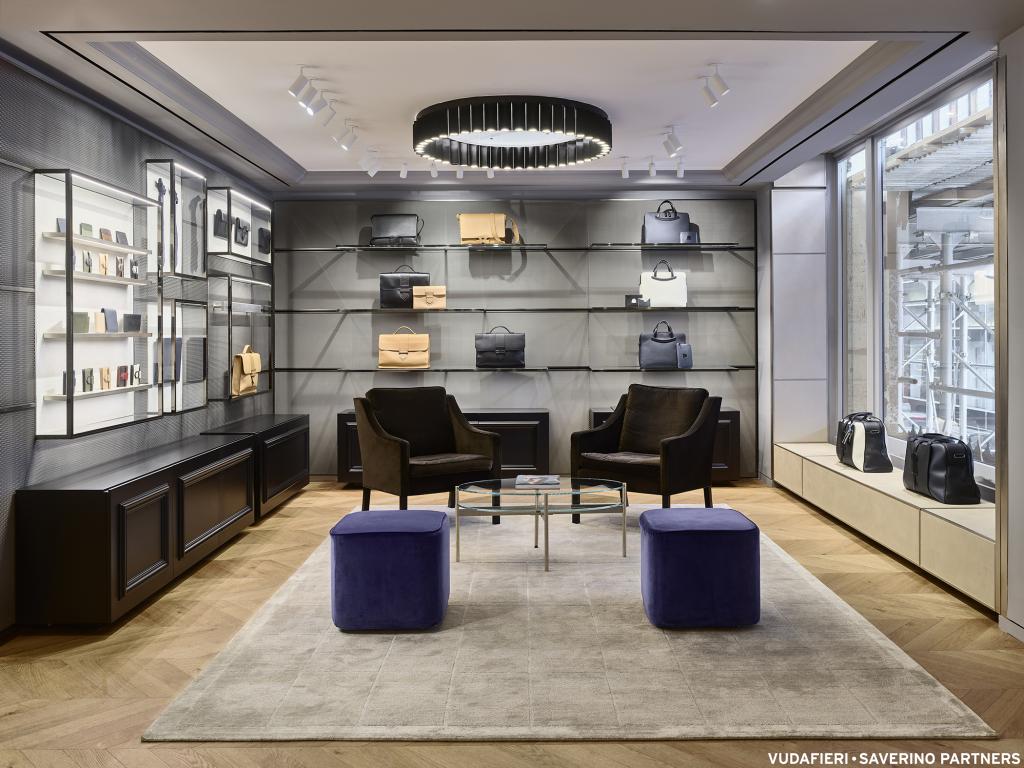 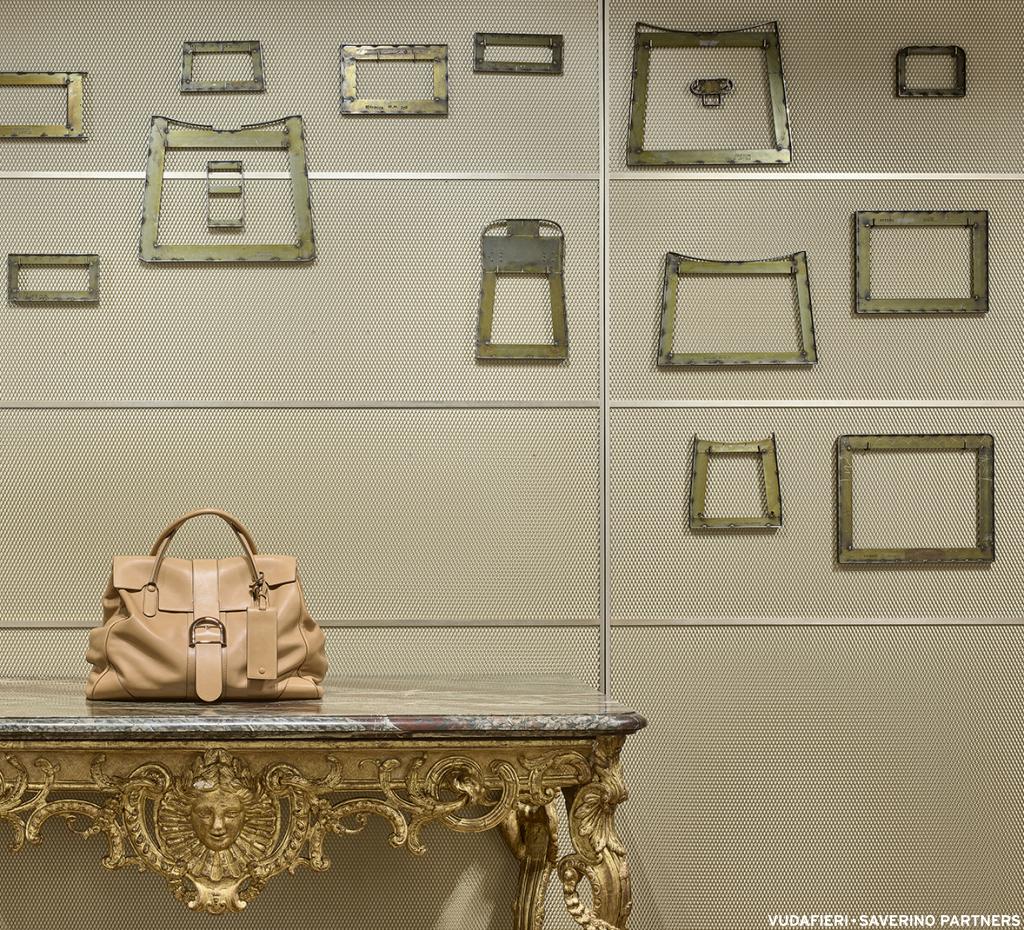 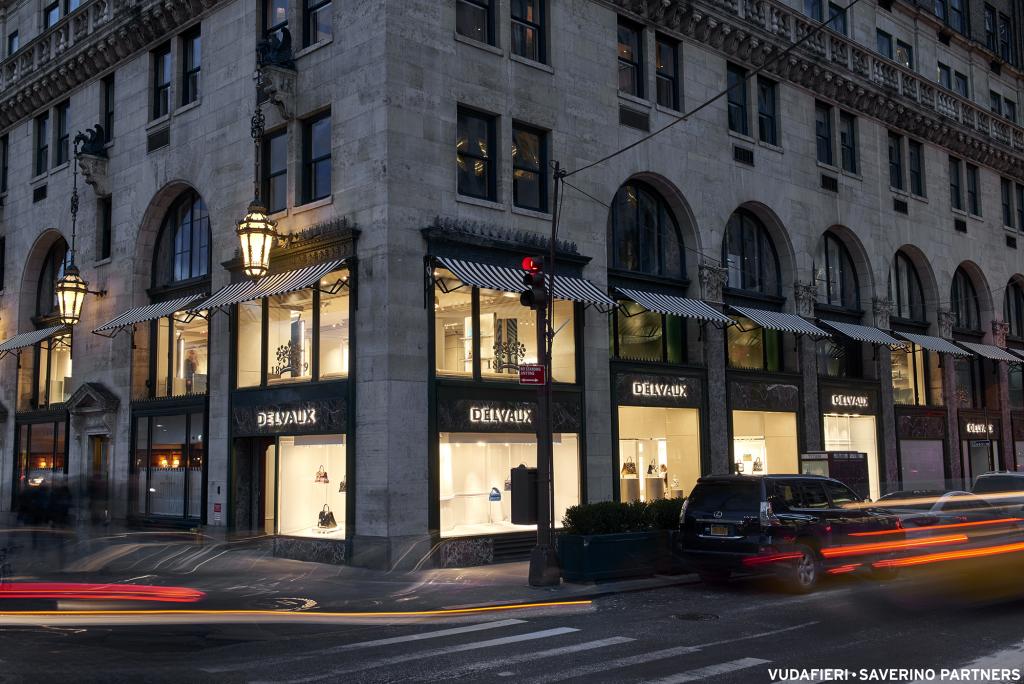